More than 25 years ago I met John Sharp at a maths conference and was introduced to Sliceforms. John had written a book which was about to be published and is still in print. I don’t know whether John invented the name Sliceforms. I can’t find any evidence of them existing earlier. On the publisher’s page it says:

Sliceform modelling is a technique which lies happily on the borders between art and mathematics.

I have made many sliceforms over the years so decided to 3D print some. 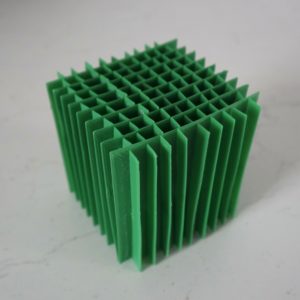 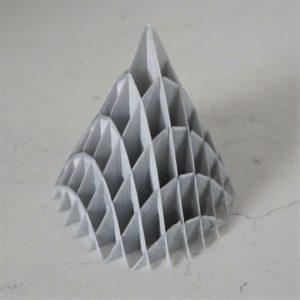 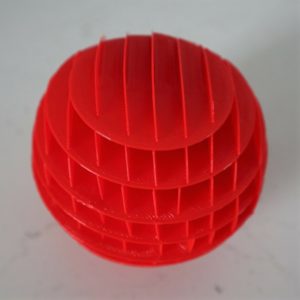 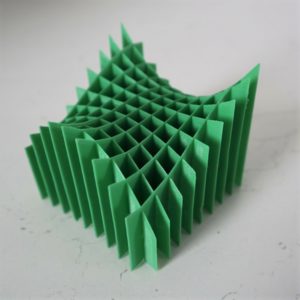 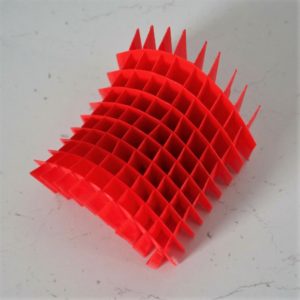 Sliceforms made from paper, or card, fold down flat because the material is thin. 3D printed sliceforms will never go as flat as paper but they are more tactile, won’t crease, and make nice noises. 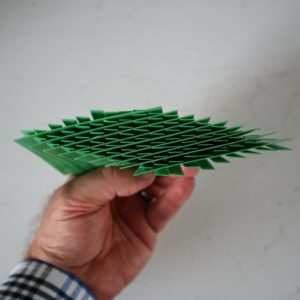 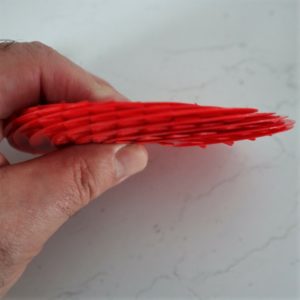 The sphere requires a total of 18 pieces, in five different sizes. 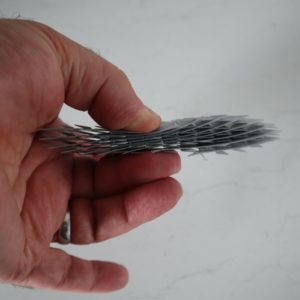 The cone requires a total of 18 pieces from 10 different print files. 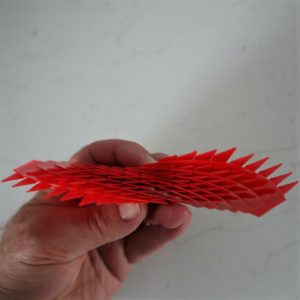 The saddle (which is also known as a hyperbolic paraboloid) needs 18 pieces from 10 different print files. 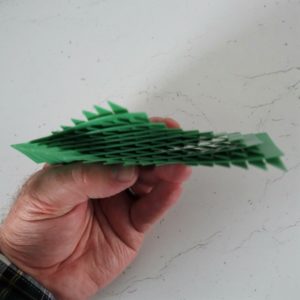 The monkey saddle requires 18 pieces from 14 different print files. It is called a monkey saddle because a monkey can sit with a leg at each side and his tail at the back. 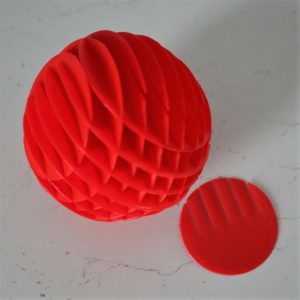 I experimented with the size of the gaps until the pieces would fit together, and flex easily. I settled on a gap of 1.2 mm.

The photo shows the smallest slice of the sphere. It is difficult to see the gaps in the slice but you can see them where the slice has been removed from the top of the sphere.