Prior to 1920, J. and J. Baldwin’s Wool and Paton’s Yarn’s, were separate companies both manufacturing wool for commercial purposes. They merged and went into producing wool for home knitters. They published patterns under Paton’s Rose and Baldwin’s Beehive trademarks then quickly became Paton’s & Baldwin’s (or P & B) and used only the Beehive trademark. For many years, they were the best known wool company in UK.

All of their gauges are in the shape of beehives. Some are flat and others are wool-holders with gauges set into the screw-on bottoms.

These were made by other companies not P & B themselves.

The oldest gauges were made of metal, probably in the 1920s.

This one looks older, and is quite rare. It might have been made to celebrate the tenth anniversary.

It is unusual because it has both the Paton’s Rose and the Baldwin’s Beehive.

There are three obviously different plastic gauges. They seem to be of several different types of plastic, presumably as plastics changed over the years.

Some gauges appear the same at first glance but have subtle differences.

The overall shape, and arrangement of holes, are the same but the lettering is not. They also seem to be made of a different plastic. I believe that the gauges with the larger lettering were made in Australia.

This one is very unusual. It is the standard British shape and lettering. I have never seen this colour in any other gauge.

It has two rotating dials which could be used to count rows. I suspect this was someone’s personal adaptation. It seems very unlikely that the manufacturers would add something that obliterates part of the name.
Update A person living in Australia sent a photo of an identical gauge. 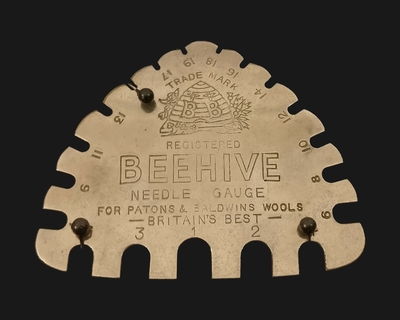 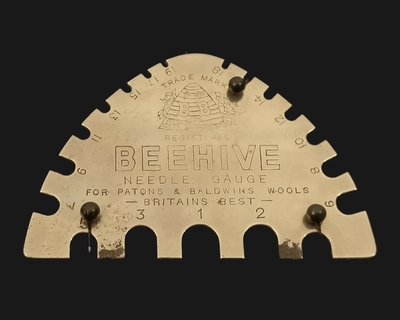 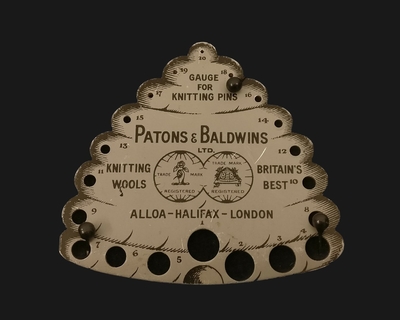 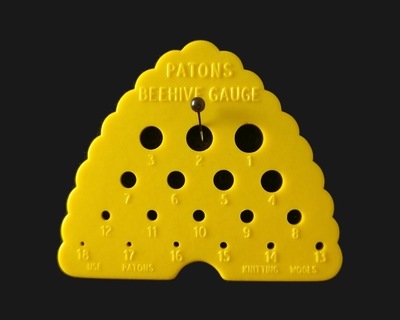 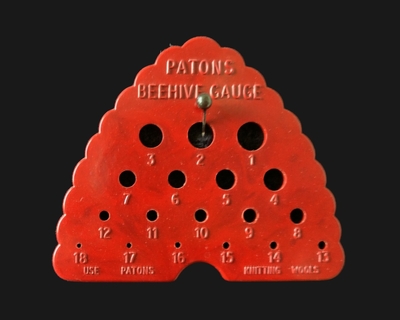 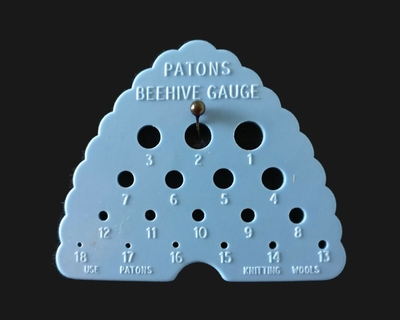 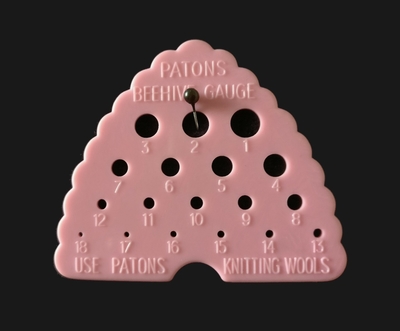 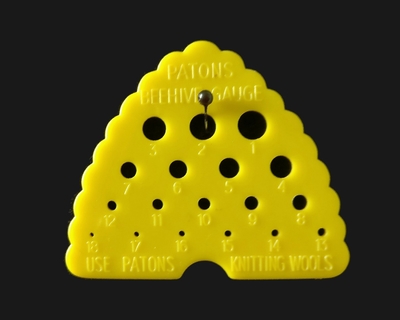 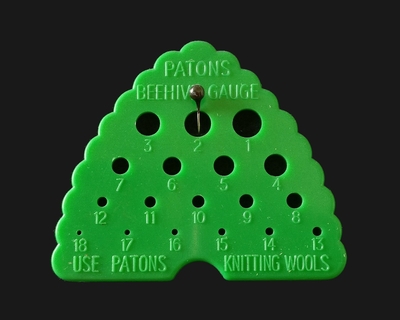 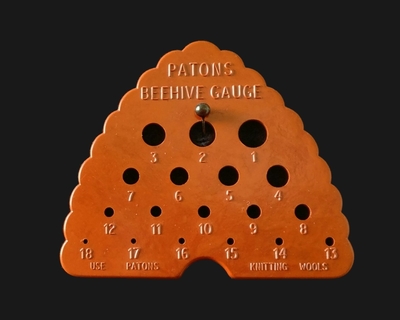 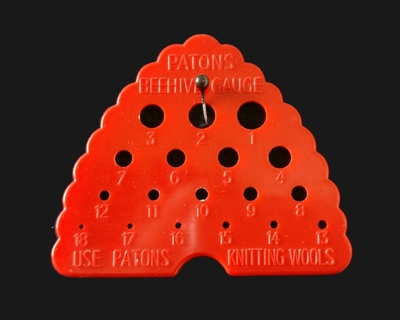 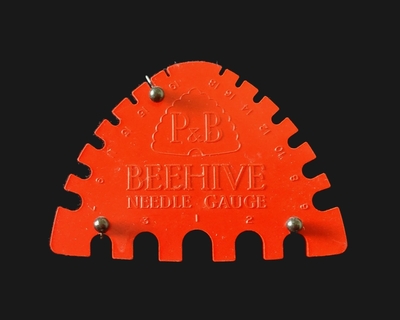 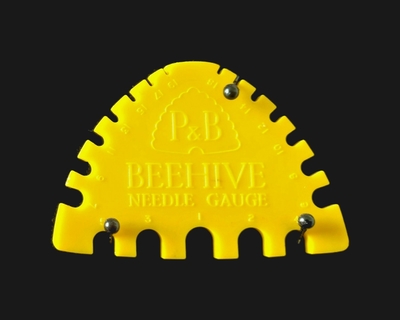 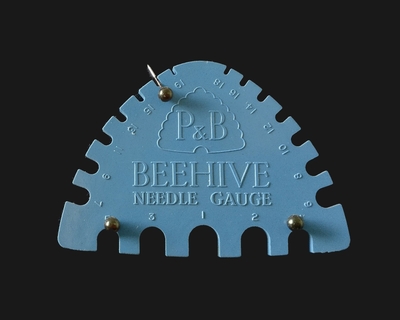 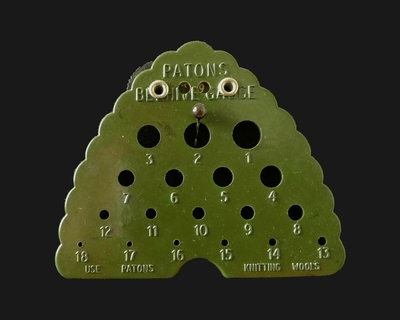 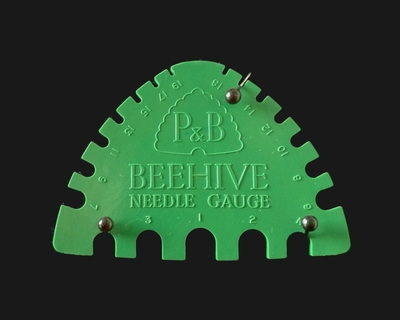 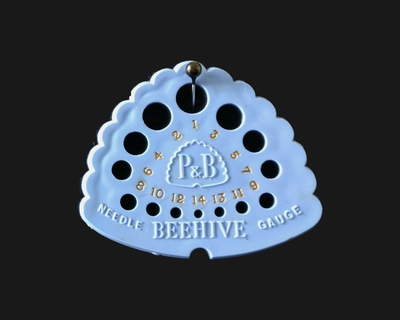 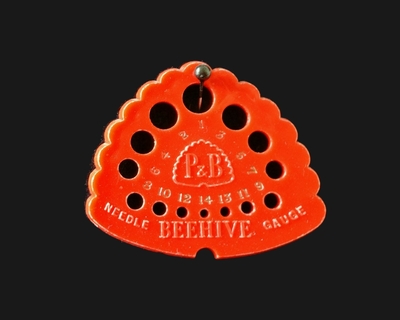 Click slideshow to see all the beehives in the order they appear on the board.

I have ten beehive wool holders. They are identical in size and shape. I am not an expert in plastics but they don’t all seem to be the same. On the base it says H.W. 748 NB WARE MADE IN ENGLAND. The base screws off so that the ball of wool can be put inside and fed through the hole at the top. The needle gauge measures sizes 8 – 14

I have six that still have their original ribbed plastic handles. These must have been very substantial to have lasted so well.

All of my wool-holders live at the top of a rather dark staircase that leads to workrooms in the cellar. The beehives are housed in an IKEA CD tower.