We have far more vacuum cleaners than anyone can possibly need. We have a big house, on four floors but that’s not a good reason for so many. Part of the problem is that, because we have a lot of space, we tend to keep things, or bits of things, that might ‘come in useful’. At a recent count we had

We suddenly decided that we didn’t really need them all. The first to go was poor Henry. It was sad to see him go, especially as he lived in the kitchen in a cupboard designated as ‘Henry’s cupboard’, along with his bag of tools and attachments. We sold him to a local person who was a great Henry fan and she was delighted to have him for her daughter who had just moved into a flat of her own.

Amongst Henry’s tools we found a brush from an even older Dyson which had been made to fit Henry with a series of adapters stuck together with gaffer tape. We kept it because, now we have a 3D printer I could make a part that would efficiently join it to the DC30.

It was fairly easy to design. It just needs to be the right size to fit the brush at one side (32 mm) and the Dyson at the other (35 mm). The ridge near the end lets it clip into the Dyson’s fitting. 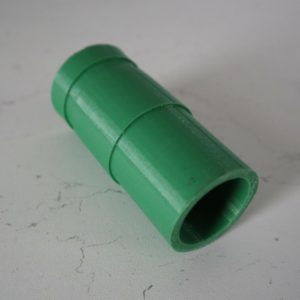 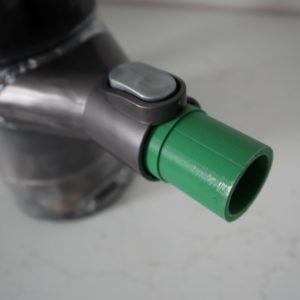 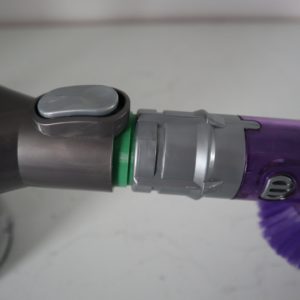 I believe this would fit several other Dyson models and that attachments from various other vacuums would fit.