You might be wondering what a couple of knitters are doing hosting the Carnival of Mathematics. If you are not familiar with the methods we use to teach maths you might want to check out our main Woolly Thoughts site. It has got rather rambling over the last 20+ years. The Afghans page is a good place to start.

Steve and I often talk about ‘nice numbers’. That usually means numbers that can be split up nicely when designing things – numbers with lots of factors (or divisors or whatever else you want to call them) or other interesting properties.

At first glance 175 looks like a nice number. It’s a number you come across quite often. It’s a multiple of 25. That has to make it a nice useful number.

Look at it more closely. Is it really much use? I don’t think so. It’s 5 x 5 x 7. Fives are OK but I don’t like Sevens. The only time we have used seven in designs is for rainbows. 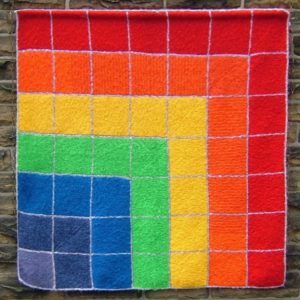 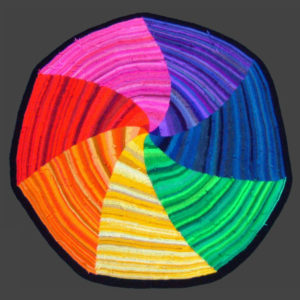 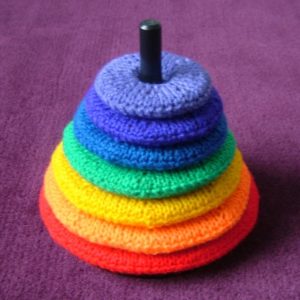 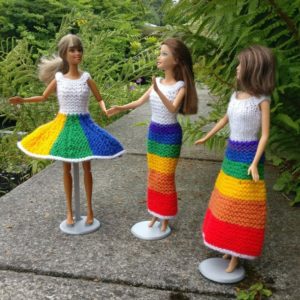 Fives makes me think of pentominoes. I wondered whether there was some connection between the number 175 and the five squares that make up a pentomino. There isn’t but 5 x (5 + 7) does give me the total number of squares in a set of pentominoes.

175 is an Ulam number, and a Zuckerman number. It is the magic constant of the n×n normal magic square and n-Queens Problem for n = 7.

… and now for the Carnival

The next Carnival of Mathematics (#176) will be hosted by Mehak at Tangent Math. Submit ideas here.